Water and Sanitation Health (WASH) are one of the prerequisites of a healthy life. Whenever an area is hit by a natural or man-made disaster, WASH facilities are demolished or becomes dysfunctional. In such a situation, the people in those areas, especially those who are displaced are vulnerable to various diseases which are caused by poor WASH facilities. 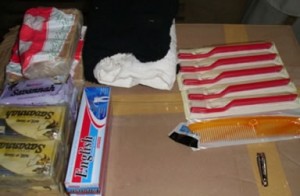 Water and Sanitation health (WASH) is one of the priority areas of PEI. PEI is fully aware that WASH needs are very important in emergencies like the IDP crisis and floods.

PEI has responded to the earthquake emergency of May 2005, jointly with FINCON Services Inc, HOPE Development Agency in district Batagram and Mansehra, where PEI provided safe drinking water to the affected people at various locations. PEI also distributed Hygiene Kits among the affected people to help them maintain their family’s health and hygiene.

PEI has actively responded to the Swat IDPs in district Mardan with FINCON Service Inc and with other donors in district Buner and FATA. PEI had established various small IDP camps in these districts, where safe drinking water and sanitation facilities were available to the displaced people. PEI also had installed temporary latrines for the IDPs in order to prevent them from diseases related to poor sanitation.

PEI responded fairly quickly to the emerging situation that resulted from the devastating floods in August 2010. PEI started Emergency Relief activities in the most affected districts of KP, namely Peshawar, Nowshera and Charsadda. Some of our major achievements in the province are as follows:

As flood waters played havoc in lower Punjab and Sindh provinces, PEI shifted its focus to these areas. It started its activities on two fronts: